After my beautiful walk in Bellingham, WA, where I saw the barred owl eating crayfish, my adventure truly began. I boarded the MV Columbia ferry and entered the Alaska Marine Highway System. After duct taping my tent to the bridge deck, I explored all four decks passengers are allowed on while the boat is in motion, and then settled in for a two-night cruise. 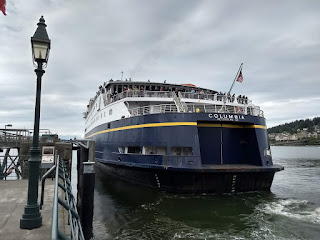 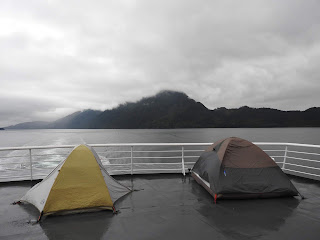 Thickly forested hills spooled by on either side. Porpoises leaped from the water, and a few pairs of orcas swam by. Meanwhile, I made myself comfortable on the green fake-grass carpet under the heated greenhouse roof of the solarium, and made friends with four other young women traveling alone. I had my tarot read by Rachel—a journalism major going to do a radio internship in Sitka. I chatted with a bright-eyed girl on her way to do an internship with the bears. And I listened sympathetically to a broken-hearted doctor heading to start a new practice in Juneau. 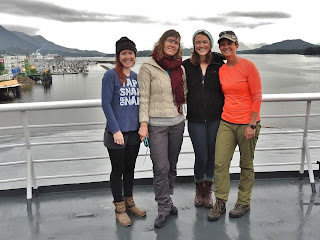 I used the hot water spigot on the cafeteria’s coffee maker to make oatmeal in the morning, and did the same with ramen for dinner. I also rolled out my yoga mat under the solarium in order to work out the kinks of travel.

When the ferry docked in Ketchikan, Alaska, at 7:00 a.m. in the rain, I was sad to depart. But, when my feet hit the ground, Hawaii became the only state I have not visited!

It had taken me several hours of the ferry ride to realize that the changing colors of the shoreline were caused by the tides going out and coming back in. A thin line of black rocks near the trees expanded into a rich gold band of seaweed, and lush, green saltmarshes appeared in low areas. Now, fully aware of my proximity to an ocean (it took a while for that to sink in!), I was excited to see that my arrival in Ketchikan coincided with a low tide. 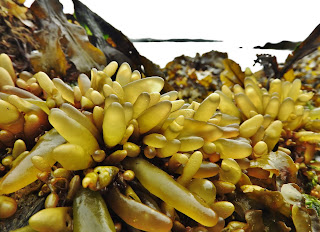 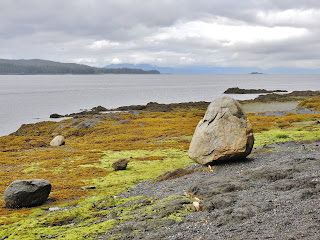 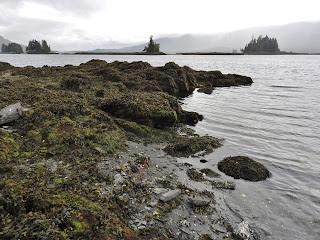 Driving north on Tongass Highway, I spotted a rocky beach through the trees, and pulled in to the Refuge Cove State Recreation Area. Clambering around on the rocks, I soon spotted purple and orange ochre stars, slimy red-orange sea cucumbers, and spouting butter clams. I recognized the green-striped tentacles of burrowing anemones from the education tables in the ferry’s cafeteria. I also found an odd creature that Tim later helped me identify as a hydroid. 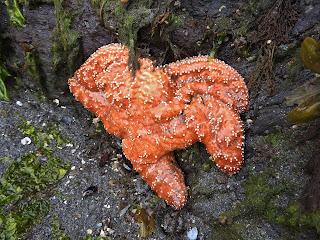 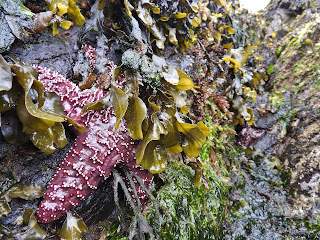 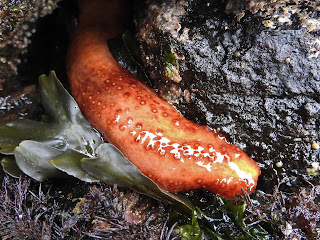 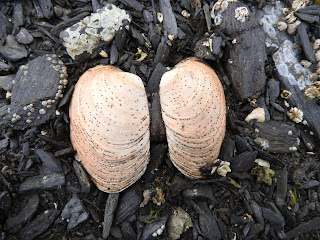 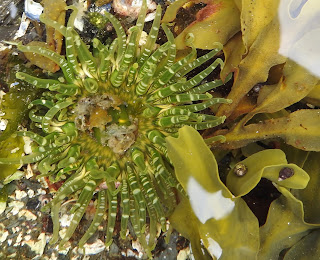 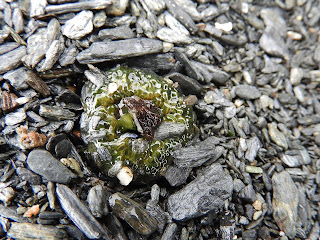 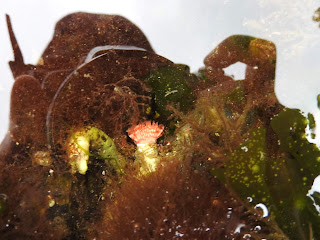 Twisted trees created a magical world just inland, and the starry white flowers of False Lilies-of-the-valley (related to the one in the Northwoods) created a beautiful border between beach and forest. A break in the clouds and lifting of the persistent drizzle urged me on toward the campground so I could dry out my tent. 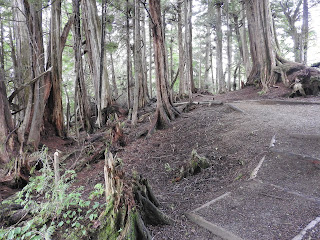 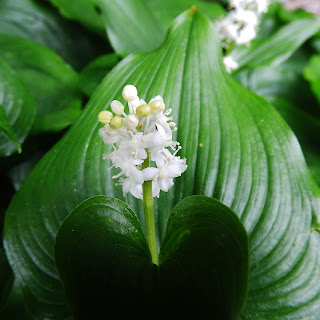 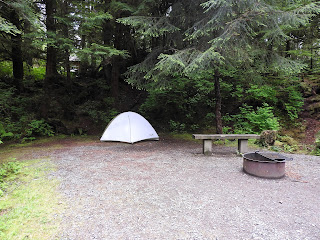