A Summer Night with Lois Nestel

On a recent camping trip, I was reminded of how lovely it is to be outdoors after dark. The sights, the smells, and the sounds are of an entirely different quality than what you find under the sun’s bright rays. Lois Nestel, the Museum’s founding naturalist and director, thought so to. Here, from her “Wayside Wanderings” newspaper column, is a description of the delights of summer nights. 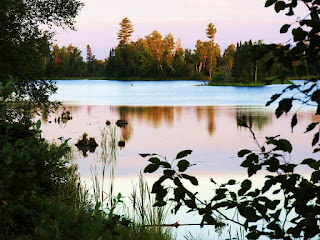 “The night watch has been in frequent session lately. I am not an insomniac, merely a light and fitful sleeper, and the wakeful periods are pleasantly spent in absorbing the night—its scents, its sounds, its movements all so different from those of daytime. Musky, earthy, fecund odors seem to rise and drift on the night air—basic life aromas no longer masked by day’s activities.

“Visual occupation is limited on most nights, but the actions of two creatures have recently been dominant. Against the night sky I have watched the erratic black flutterings of bats and heard the taffeta rustlings of their wings sweeping close to my window in the quest of insects. Nothing sinister here, just small, busy mammals helping hold the insect population in check.

“The other enchanting creature of the night is the firefly, and watching the winking greenish lights against the darkened trees and lawns my mind drifts back to childhood evenings when the things of nature were an unquestioned part of life. In retrospect I smell again the fragrance of the fields of clover and alfalfa and my mother’s roses. I feel again the dew-cooled grass beneath bare feet while racing up and down the lawn to capture fireflies and lock them in a jar. There was endless fascination in those cool winking lights. Sometimes they seemed to flash in unison, sometimes helter-skelter. But the insects that could light the pages of a book at night were disappointingly dull, grubby insects by morning’s light when they would be released. Come evening, though, the chase would be resumed.

“Whether the differing flash sequences I have noticed are those of different species or just individuals I cannot tell, but while the majority sail serenely along blinking their lights rhythmically every few seconds, there are a few which blink rapidly about five times, pause a few seconds and then repeat the series. There was a day when I would have chased them down to make comparisons—now I merely speculate.”

(In case you’re wondering, as I was, the timing and pattern of flashes is unique to each firefly species. Males flash to attract females, and females flash back to signal their interest. Within a species, some males flash longer and quicker than others, which makes them more attractive to both females and predators. Some females even mimic the flash patterns of other firefly species, and then eat the poor souls who come looking for love.)

With that frightful image in your head, let’s return to Lois as she describes the sounds of a summer night.

“I am often lulled to sleep in summer by stereophonic sound, though not the type that usually comes to mind at the use of that term.

“Bedroom windows on two sides filter in their individual sounds to combine into the music of the night.  Most frequently the underlying sound is the symphony of the wind in the trees. Pines to the left are the woodwinds, leafy trees to the right the brasses and percussion, the sounds rising and falling under the fingers of the wind. Passage of air in gusts and eddies produces endless variations on the theme. Leaves clash together to create a blend of sounds, and pine needles whisper and sign in melodies older than mankind.

“Soft breezes may provide a back-ground for a serenade of crickets or, on a moonlit night, the half-phrased notes of a drowsy bird. The hum of insects, the soft rustle of a bat’s wings, a whip-poor-will, a distant barking dog, the measured hooting of an owl blend to produce the heartbeat of the night.

“Even without the wind, the night is seldom silent and the sounds are music to my ears. A rabbit thumps his feet in alarm and a deer blows sharply at some unseen intruder. Raccoons chur in conversation or raise their voices in tremolo wails as they contest over a choice tidbit, and perhaps the most delightful tome is the vocalizing of the coyotes in a wild and haunting madrigal of freedom and solitude.

“Who listens, I wonder? Who hears, or senses the pulsing cadence of the elements? Our ears are tuned to different sounds and behind closed doors we listen to man-made, machine-made din: radio, television, records, and endless small talk. For some this will suffice. To each his own. As for me, nature’s song brings me a special pace and serenity. I ask for no more than that.”