Worm Moon and Vanishing into Something Better

Something about spring sends me toward my shelf full of Mary Oliver books. In particular, I’ve been pulling out her older works, and ones I rarely open. My copy of Twelve Moons was purchased used, and the tape around its edges is yellowing and peeling back like the rind of ice on local lakes. 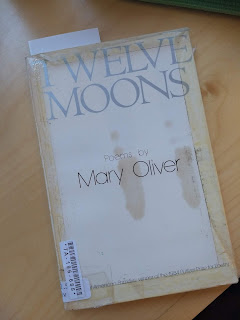 The first poem, “Sleeping in the Forest,” has long been one of my favorites. Its last line, “by morning I had vanished at least a dozen times into something better,” makes me think that by lying down in the moss I could eventually evaporate into the sky. Someday maybe I will.

When I arrived at the end of the book I didn’t recognize the final poem, “Worm Moon.” It had not previously spoken to me. But this week, when I read, “In March the earth remembers its own name. Everywhere the plates of the snow are cracking…And the name of every place is joyful,” I had to smile. Skimming along on snow-becoming-slush during my last ski of the season; watching green moss appear on the cut bank of my driveway; turning my face to the bright sun and the full moon…the Worm Moon has been joyful.

From my friends in southern Wisconsin, I know that the worms must be active there because the woodcocks are back. These little shorebirds don’t forage on the beach. They stick their long, sensitive bill into the wetland soil, open just the tip, and nab whatever writhes deep in the mud.

Birders practice their ninja skills when woodcocks get romantic. A male begins at dusk or dawn by “peenting” on his dancing ground. Then, without warning, he flies upward in a wide spiral and sideslips back down to his lek, making twittering sounds with his wings. The ninja skills come in as birders dart closer while he’s in the air, and hold their breath while he lands within arm’s reach. The lady woodcocks hides nearby and feigns indifference.

Whoever named the Worm Moon, though, must have lived farther south. Up here, not only are the worms still hiding beneath a foot of subsiding snow and the frost line, they aren’t native. Prior to plant nurseries transporting soil among roots, and fishermen dumping leftover bait on the shore, any native worms had been extirpated by the glaciers.

Various resources list other names for the moons of March and April: Snowcrust Moon, Sugarbushing Moon, Maple Sap Boiling Moon, and Broken Snowshoe Moon are a few. As my friends slog through their sugarbushes to tap trees, and fire up their evaporators, these names feel more accurate.

“The season of curiosity is everlasting and the hour for adventure never ends…” continues the poem. I agreed, so I put Yaktrax on my muck boots and moseyed down the driveway.

Meltwater covered the ice, and in one small puddle the sky lace of bare twigs lay reflected. Oak and maple leaves cupped the water as if they hoped to gain the lichens’ power to wake up from winter. 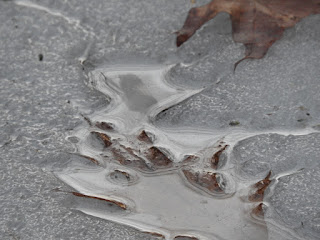 Moss was waking up in an emerald patch surrounded by snow. Resourceful, one-cell-thick leaves allow water to soak in directly to where it’s required. Moss doesn’t even have roots. They don’t need to suck resources out of the frozen ground. Their tiny rhizoids only serve to anchor them to the substrate. Moss does need a film of rain, or melting snow, to cover the outside of the leaf and act as a conduit for carbon dioxide to enter the leaf from the air. 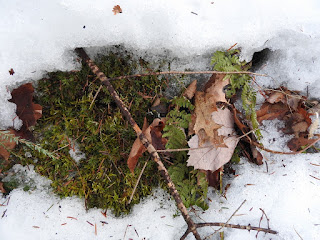 On the nearby snowbank, a faded maple leaf caught the sun. Unlike the moss, no chloroplasts remained. Bacteria and fungi working all winter underneath the snow had taken all but its toughest cellulose. They enrich the soil. Soon, sugars made by that leaf will rise again through the maple’s trunk and feed the bursting buds. Spring is the season when all must be stripped bare in order for life to thrive again. The snow, the ice, the leaves: all vanishing into something better. 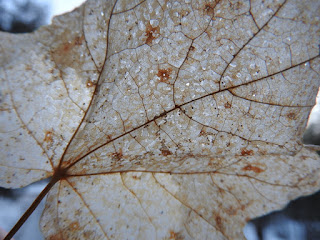 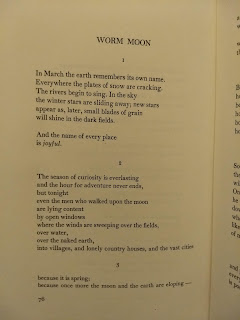 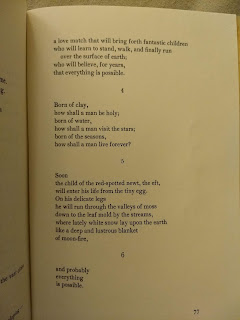 For 50 years, the Cable Natural History Museum has served to connect you to the Northwoods. Come visit us in Cable, WI! Our new exhibit: "Bee Amazed" is now open!
Posted by Emily M. Stone at 5:00 AM